Good afternoon guys and welcome to another "Writer Wednesday." I do these blog features to introduce you guys to other authors and entrepreneurs that are doing their thing and deserve your love and support. This week, I'm very pleased to introduce you to an author friend from the west coast, Carey Anderson. Take a moment to read about her, check out the sample from her novel and show her some love...because I said so.  Enjoy.


Bio:
Carey Anderson was born and raised in the San Francisco Bay Area in California. At a very young age she learned that she had a natural gift for storytelling. Carey would entertain her family and friends with stories about anything going on in her life or theirs.
During a time when everyone begins to ask their selves "who am I" this question was answered for Carey. Her teacher, who brought out all things creative within her, read her story aloud to the class. "Mrs. Dyes assigned a homework assignment to write a story about where Butterflies got their colors. I turned in my tale of how Martin Luther Butterfly helped all the world, and most importantly butterflies, receive their much-needed colors to make the world a wonderful place. At first I was so embarrassed, because I thought everyone would laugh at me and make fun of my story. When I realized they were laughing with me at my colorful story I couldn't put my pen down. I’d write short stories, poetry, journal entries, etc." Carey started writing stories as an outlet for the things going on in her life. Once she was in high school she began receiving extra credit from her English teacher for writing stories during her free time after school and on the weekends. Her English teacher suggested that she look into writing children's books, which she still, may do one day. However, writer's block affected Carey for quite a few years. She would attempt to start stories, but she would never finish them.
During a really turbulent time in Carey's life she began writing what is now known as The Wallace Family Affairs Volume One Tracy's Complications, on her iPhone just as a little doodle. "I was going through some pretty rough things. My only escape from that reality was to look at my situation and imagine it differently. That's why Volume One starts off like it does. I didn't know it was going to be a story when Tracy started telling her story. Through the encouragement of my oldest and dearest friends my escape took me to a whole world of it's own." Carey wanted to share her stories immediately with the world so she decided to go down the path of self-publishing.
Quickly after finishing Volume I, Carey began Volume II the story of her life. "I put so many of my family members in that story it's ridiculous!" Carey comes from a large family of cousins, and siblings so having such a large family on Amber or Malcolm's side is not strange or unusual for her. "The Latour's and the Wallace's in a lot of ways are like both of my parent's families, with lots of sprinkles of imagination. Neither side is directly represented in one family, but they're all in there." Again using only her iPhone, Carey crafted this master piece losing lots of sleep because Amber or Malcolm would wake her up to tell her more about their story.
Thus far Carey's stories have been relatable and entertaining. They have been received well by the public and she looks forward to continuing to entertain you. "I get excited whenever someone reads one of my stories. I wanna know what they think about the characters? Are they entertained? Would they like to continue? So on and so forth. Everyone knows when they tell me they're reading I ask them where they are, and what has happened so far. I love interacting with my readers and discussing my characters as if they're real people. One of my biggest debates is the visual reference to what my characters actually look like. I see my character one-way, and my Rough Riders will see them another sometimes. The other debate is, once you've finished Volume Two Part 1 & Part 2, are you #TeamMalcolm or are you #TeamDwayne? I love to see this debate play out amongst my readers. I try to stay as neutral as possible, because I have love and affection for the two of them." Make sure you drop Carey a line and let her know whether you're #TeamMalcolm or #TeamDwayne, she loves to hear her reader's answers to this question. If you haven't done so already, check out Carey's stories on Amazon. You can either search "Wallace Family Affairs" or simply click on one of the links on the right.
Make sure you sign my Guestbook, and subscribe to my page. 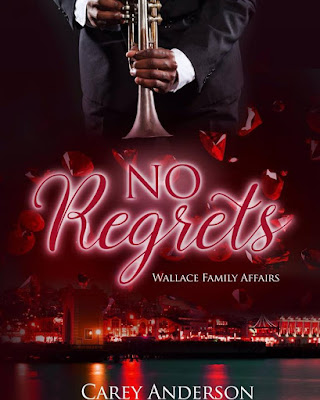 *******
Our plan is to move out as soon as Cyrus graduates from high school, he says he's not leaving me to fin for myself while our dysfunctional parents forever ruin me. So I take my usual sixty dollars off the top, and then Cyrus and I put the rest of our money in our savings account to save for a deposit when we move out. We've been working on this plan since we were in middle school. We have over five thousand saved combined. Our parents only do what they have to for us, it’s like they said lets have two kids, then afterwards they changed their minds. The basic necessities we have, a roof over our heads, and beds to sleep in. ANYTHING else we have to provide for ourselves. And since it is their house, anything we have that they may want they take. So if I cook the groceries I bought using their stove, electricity, or refrigerator it is their right to help their-selves to it. Even if they eat it up, it doesn't matter it’s their house. Even my clothes the little bit that I have. Since my mom and I are about the same size, she helps herself to what I have and if she ruins it or decides to keep it for herself, I can't say nothing it’s her house. They have to know we aren't staying here, and I really don't think they care all that much. As long as they don't get any bills behind us, they could careless.
I love working at Mitigated. I quit my job at the Smoothie Stand once Ms. Laverne said I was doing such a good job and she recommended that Derrick tell his father to give me a raise. I was expecting something like a twenty cent an hour raise or something like that. But they gave me four dollars more an hour, which made my take home more than what I was taking home from both jobs and still only working the days I worked. Cyrus suggested that I quit the Smoothie Stand and stick with the one job so I could have more time to study, work on my projects, and rest. I wanted to argue that we could stack that much more money faster if I kept both jobs. But the idea of going to bed like a normal person was appealing to me. Sometimes I would be up until all hours of the morning finishing school work, only getting a catnap and then rushing to school and then work. So I decided to take Cyrus' advice and my energy level at school has tremendously increased.
Malcolm still hasn't warmed up to me yet although Ms. Laverne says he has. I can't tell, he says… "Chantel" when he walks in the door. He nods at me, and then he goes to his office. Sometimes I hear Ms. Laverne back there talking to him, going on and on about whatever, and laughing at her own jokes. The way she comes out of there you would swear he was back there laughing with her too. I don't get it, but it’s none of my business. It’s not like he comes in everyday or anything. Sometimes a couple of weeks go by and then boom, there he is. He goes in his office; sometimes he conducts meetings in the conference room. One time I suggested to Ms. Laverne that we order snacks for his meeting and have them set up before the meeting started. When he went in the conference room he called Ms. Laverne in there, they closed the door. I thought he was mad about the snacks. I was sitting there panicking thinking I overstepped my boundaries, but Ms. Laverne came out and said that Malcolm loved the snacks and he was very thankful for them. I was SO confused I thought he was mad. That night when Derrick came out of the meeting he told me I did a good job too.
Cyrus keeps asking me if Derrick flirts with me or anything and I keep telling him no. Derrick talks to Ms. Laverne and I, but he doesn't flirt with me. Sometimes I catch him looking at me, but he doesn't do anything. Its more like he's thinking and happens to be looking in my direction, and then I look at him. I've seen his girlfriend, and of course she's beautiful! She seemed nice enough, who am I to judge? Derrick made sure he introduced her to me though. She kind of looked at him funny when he did it. It did seem like I was somewhat important, but I told myself to not put more on it than there actually was. Ms. Laverne smiles at me all the time whenever Derrick comes around. I ignore her hoping she's just assuming I like him and that she can't tell that I actually do like him. I try very hard to keep that to myself. I haven't even expressed that to Cyrus, although I think he knows too. As long as no one tries to confront me on it, it’s all-good.
Posted by Reem the Gully God at 11:25 AM