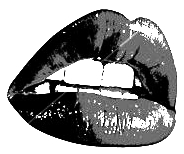 Chapter 1
e paid close attention to melodic flow of her voice, overflowing with lust as the woman at the front of the classroom’s juicy, wet, luscious lips moved but, he didn’t hear a word that came out of her mouth. He was supposed to be taking notes but he hadn’t even put a single drop of ink on any of the pristine, blue-lined pages of his notebook. In fact, he hadn’t even touched his pen. Instead, he remained obsessed with watching Professor Priscilla Anthony’s mouth move, consumed by unwholesome thoughts as he imagined how good those amazing lips must taste. As she continued to explain the artistic significance of the nude painting of a curvy, plus-sized woman that was being projected on the screen at the front of her classroom, he continued to wonder what his professor looked like under her summer dress. The way the thin material hugged her form in certain areas but remained loose in others seemed like a tease, which only served to make him even more aroused.
World Arts had nothing to do with his college major which was electrical engineering but Marlon Mercer had signed up for Professor Priscilla’s class anyway after he happened to spot her in the hallway by chance on the first day of registration. Somehow, in a sea of young, nubile coeds, she had been the woman who had caught his eye as she walked by. There was a confidence in her stride that intrigued him and the way her wide, shapely hips swayed caught the attention of his hungry eyes. She had looked incredibly plump and scrumptious from behind in her grey slacks which made him even more obsessed to learn what he could about her. He figured that the best way to do that was to spend an entire semester in her class and that was why he sat in the first row of her classroom, staring at her lips as the summer heat left over from August made sweat bead up on the back of his neck.
For a split second, when Professor Priscilla looked away from the slide of the painting that was projected on the screen at the front of the class to look back at her sleepy students, all weary from the heat, Marlon thought that her gaze lingered on him just a bit longer than on anyone else. In his mind, their eyes met and then locked a moment longer than they should have which made him wonder if she had read his thoughts. It seemed like an impossible thing buy he was certain that in her lifetime, she must have seen other men look at her the way he did every Tuesday and Thursday when he sat in the front of her class, listening lazily to her lectures with carnal thoughts in both of his heads. To him, she seemed like the type of woman who had always been pretty and equipped with the type of body that inspired wet, nighttime fantasies. Then, just like a noisy alarm clock that rudely interrupted a sweet dream, the obnoxious buzzer that meant that class was over sounded loudly.


Marlon stuffed his unmarked notebook into his backpack and quickly got up to leave. The end of his World Arts class pulled him from his fantasies and brought him back to reality like a sobering slap to the face. It was his last class for the day and, as much as he enjoyed ogling his curvy professor, he was eager to be done for the day. It might have been college but that high school feeling of freedom once the final bell sounds was still deeply ingrained and hard to forget. On his way out of the classroom door, from the corner of his eye, Marlon thought he caught a glimpse of Professor Priscilla watching him as she gathered her things. He knew that it was most likely a figment of his wildly overactive, overstimulated, oversexed  imagination but he blushed anyway. 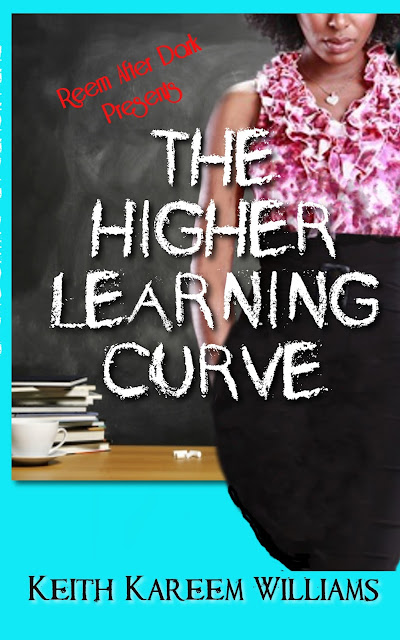 Posted by Reem the Gully God at 6:51 PM No comments: 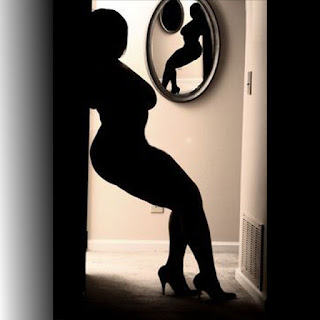 What she sees when she looks in the mirror and what I see when I look at her is sometimes so different that it puts us at odds, in a weird space where our love struggles to survive. She sees flaws and I see perfect imperfections. I’m in love with every sensuous curve, and she thinks that she needs to lose weight. She holds her hands to hide her stretch marks and I sometimes forget that they’re even there. She’s obsessed with creams to grease them away and I don’t even care if they’re there. I’m more concerned with her kiss and she thinks that she should have smaller lips. She hates the way her jeans fit but I love putting my hands on the curve of her hips. She always wanted to have sex in the dark until I showed her how much sexier it is to do it with the lights on. Instead of being shy, I let her know that it was good to be wild so that sexually, she could finally be free.

She believes that she’s crazy. I know this because she says it all the time but, I know that her “crazy” is exactly like mine. We’re not technically insane but it seems so because the rest of the world doesn’t understand what we know. Just because everybody else does things one way, doesn’t make them right. In this life we seek out people who understand our light because each of our candles burn differently. At times, it’s a hard task to make her understand that I see her flame, even in the stifling darkness that she lives in because of her melancholy nature. I truly believe that two very different women are confined inside the same voluptuous frame that I love to hug, squeeze and to please. I am fascinated by them both equally and both have the power to bring me to my knees. She feels cursed by the duality of her nature, but I embrace that she’s different. The meanness that lives in her is wild and unpredictable with a temper to rival mine. The loving side is softer than any I’ve ever known and always welcomes me home.
What she sees when she looks in the mirror and what I see when I look at her is totally different. She sees rough clay and I see the masterpiece perfectly made. If only for a day, she could step inside my mind to see herself through my eyes, her self-image would be changed forever. She would never apologize again, to herself or anyone else, for being who she is. Everyone wants her but none of them can have her. They’re not strong enough to love her unconditionally, or built to be patient enough to wait until she’s ready to give in. You can’t break down her walls. She has to take them down herself, one brick at a time.

A Trilogy in Three

An Entire Trilogy in 3 Years

Earlier today, I took a few moments to reflect on where I am, where I’ve come from and how much further I have to travel on this journey. Finally wrapping up “War Angel III-Catalina” drained a lot out of me. It was exhausting and I hardly slept for the final 3 weeks but it was worth it. I love the finished product and I’m sure that the fans of the trilogy will too. It was not an easy task to release these 3 books in 3 consecutive years, along with other novels in-between but I pushed myself and got it done. Working at that pace taught me a valuable lesson as well. I can accomplish whatever I set my mind to…and since I believe that to be 100% true…watch what I do next! I’ve never been the type of author to keep my readers waiting 5, 10, 15 years for a planned sequel. (Keyword: “planned” because sometimes, readers beg for more when you really didn’t initially intend to continue with a storyline.) When I wrote the 1st “War Angel” book, I already knew what was going to happen in the next 2 books and had a clear vision for where I was taking the story.
I want to really thank the readers who have shown extreme patience while waiting for me to release the last book. Your comments on social media, the emails and the text messages kept me company and although writing is a solitary, sometimes lonely activity, I was actually never alone. If I logged onto Facebook at 3am, some of you were there. If I tweeted just before sunrise, some of you were there to say good morning. When I posted pics of what my desk looked like on Instagram, or Tumblr while I was banging those chapters out, you guys “liked” the pics and showed that you were right there with me. Many of you supported the projects that I released along the way, even though you were anxious to find out how Lenox and Jahaira’s story would end. I will always remember that. I truly believe that I’m building a special career. Each book is a brick and the folks who ride with me are my foundation.


It was a little sad to write “The End” on the last page of “War Angel III” but, it’s time to move on to the 72 other stories that I have written down in my infamous “Idea Book.” (At least, it WAS 72 story ideas the last time I counted. By now, it could be 85. LOL) Thanks for coming along for the ride and stay tuned for what’s coming next.