Hey guys. I know that it's been a long time since I've updated the blog. Apologies. I've been using all of my energy to finish up a few lingering projects that were long overdue, including "War Angel III: Catalina" which I know you've all been waiting for. Here's another sample. Enjoy.

lindfolded and bound, Catalina and chase were transported from the dank basement of Paulo’s house to the back of a cargo van. Catalina wished she was wearing a long sleeve top instead of a T-shirt because the grit and grime on the flooring made her feel filthy as the mucky dirt got smeared on her bare arms. Chase was still gagged so he was unable to speak but he still struggled valiantly to break free from his bonds. Catalina could hear him as he grunted and strained to get his hands out of the ropes that served as handcuffs. She continued to feel horrible for dragging him into her mess. She had no idea where they were being taken or what they would face once they reached their destination but she didn’t want to leave certain words unsaid.
“Chase,” Catalina whispered to get his attention. The muffled grunt he let out next let her know that he was listening so she continued. “I don’t know where they’re taking us and I don’t know what’s going to happen when we get there but I want to tell you something, I need to tell you something before it’s too late,” she said.
Catalina knew what she wanted to share but was terrified to utter words that would reveal something she had kept hidden for a very long time. It was the type of secret that hurt to keep locked away and it had turned her heart painfully rigid, like a heart-shaped box. She only chose to open it in that moment because of the perilous, precarious, predicament they were in.


“I should have told you this a long time ago,” she went on. “And I’m so sorry that I didn’t before. And I have to tell you now because I might not get another chance to.” She Paused again and took a deep breath as she prepared to pour her heart out. “I grew up without my mom and I watched my father live his life like a lonely ghost without her. He loved her so much that’s he’s been lost without her. No matter what anyone tells me about him, I know he loved her. But, seeing what his love for my mom did to him, how it hurt him to be without her, how it left him in so much pain, I was scared to love like that. I see the way you look at me Chase. I’m sorry that I never had the heart before now to admit to myself that I love you too,” she confessed.

From the back of the van, onto a towering skyscraper, through an enormous lobby, up an elevator and finally through a rather large, oddly decorated ebony door, Catalina and Chase were dragged against their will. When their blindfolds were removed, they were both quite surprised to find themselves in such a luxurious penthouse apartment. The bright sunlight that flooded in from the high windows and skylight made them squint at first but once their eyes adjusted, they were truly in awe of the décor.  Paulo stood beside them like a courthouse bailiff as he presented the pair to their host, a stunningly beautiful young woman with long white hair. She studied her “guests” quietly with the eyes of a natural born apex predator.
Keeping close to the woman were three, strapping young men dressed in expensive, tailored, business suits, all seeming distracted and disinterested. The three men were so similar in appearance that they had to be brothers. Two of them sat beside the mysterious woman on the couch, flanking her like bookends. The young man on her right side shuffled a deck of playing cards skillfully like a magician while the one on his left kept perfectly still, with a dead look in his eyes as the woman rubbed the top of his head as if he was a puppy. The third stood behind the couch sipping sparkling champagne from a champagne flute with the half-empty bottle firmly gripped in his other hand. The hair on all of their heads was dirty grey, a few shades darker than the snow white mane of the pretty woman with the dangerous eyes. All three were ungracefully handsome in a lumbering, brutish sort of way. As well-built and muscular as they were, it was immediately obvious that they had the potential to be very dangerous if provoked, even if for the moment they appeared quite docile.
All of these people made Catalina very uneasy because there was something not quite human about them. She got the same feeling about Anika, Paulo and even herself to a lesser degree but with these four strangers, it was overwhelming. They flaunted and celebrated their strangeness, unafraid because they were strong. She got the sense that the well-dressed young men were like attack dogs, well-trained to behave but always ready to obey the commands of their master without thought, conscience or hesitation.
“Welcome to my home. My name is Simone Bysainthe and you must be Catalina,” the beautiful woman greeted her. “These are my sons, Lucius, Tyson and Lemerick.”
“What are we doing here?” Catalina asked aggressively.
Simone smiled pleasantly and waved her hand at Paulo, prompting him to answer the question.
“You’re here because this is the only place where you will be safe,” Paulo answered. “No one can get to you here, I assure you.”
“I rather take my chances on my own. Let us go,” Catalina demanded while keeping her eyes fixed on Simone.
“I think we all know that it’s too late for that,” Simone told her as she stood up. “Untie them,” she told Paulo.
Reluctantly, he obeyed her and cut the ropes that bound Chase and Catalina’s hands behind their backs. Chase ripped the bloody bandana from around his mouth while Catalina rubbed her sore, bruised wrists. Her fingers tingled as blood started to circulate freely to her hands again.
“What’s to stop us from leaving?” Catalina asked.
“Sweetheart, do you really feel free to go just because he untied you?” Simone asked sarcastically with a sinister smirk, obviously amused. “You wouldn’t make it to the door before my boys were on you,” she threatened. 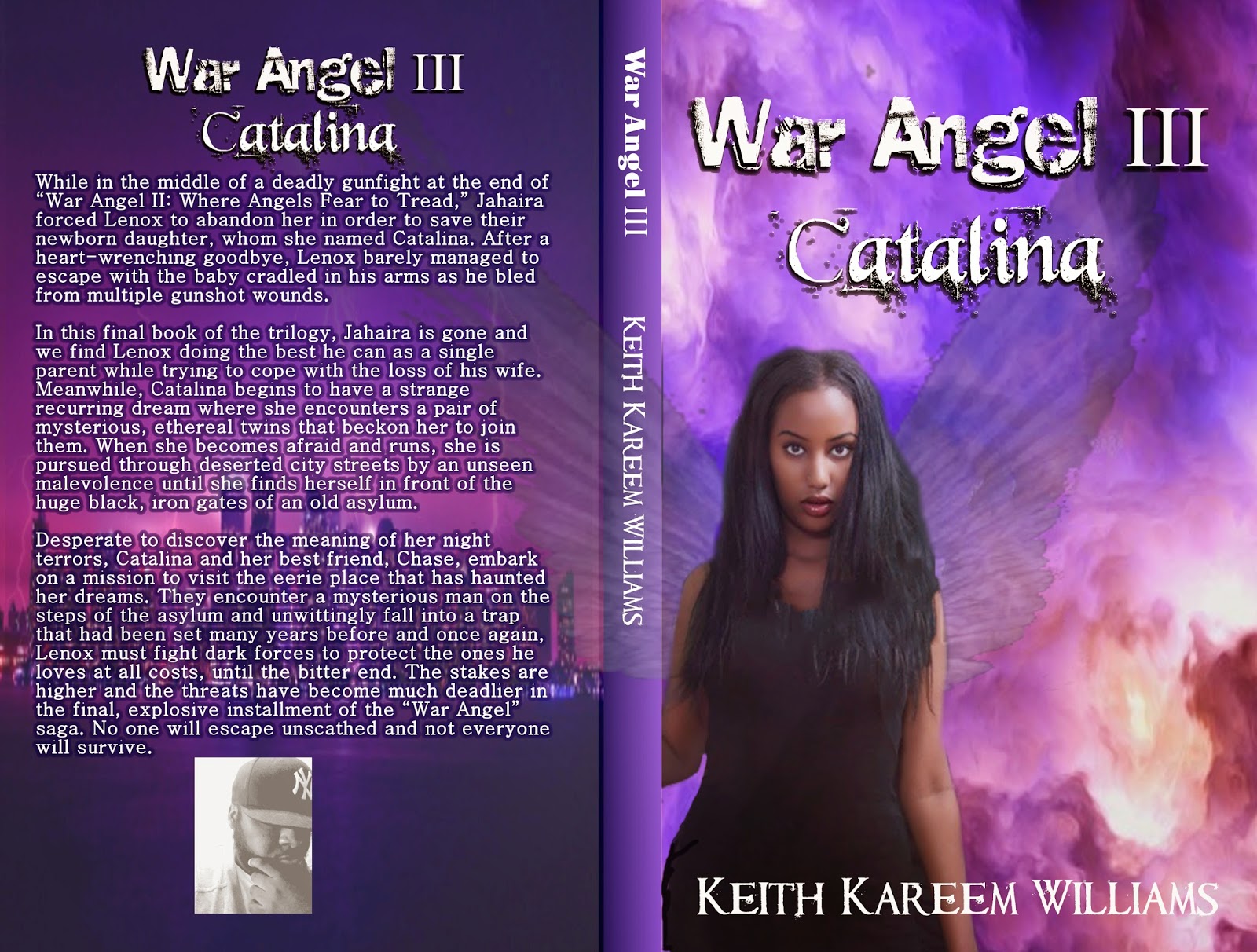